An abbey in a new guise

In 1652, the Dominican monks, the Predikheren, based in Mechelen, Belgium, were allowed to build a monastery and a small chapel. In the 18th century, the chapel was then expanded into a large church, which still adjoins the former monastery walls. In the meantime, the heritage-listed building belongs to the city. With a large-scale renovation, a new chapter is now beginning for the 370-year-old building by combining classic appearance, new use, and sustainable energy generation via a solar roof. 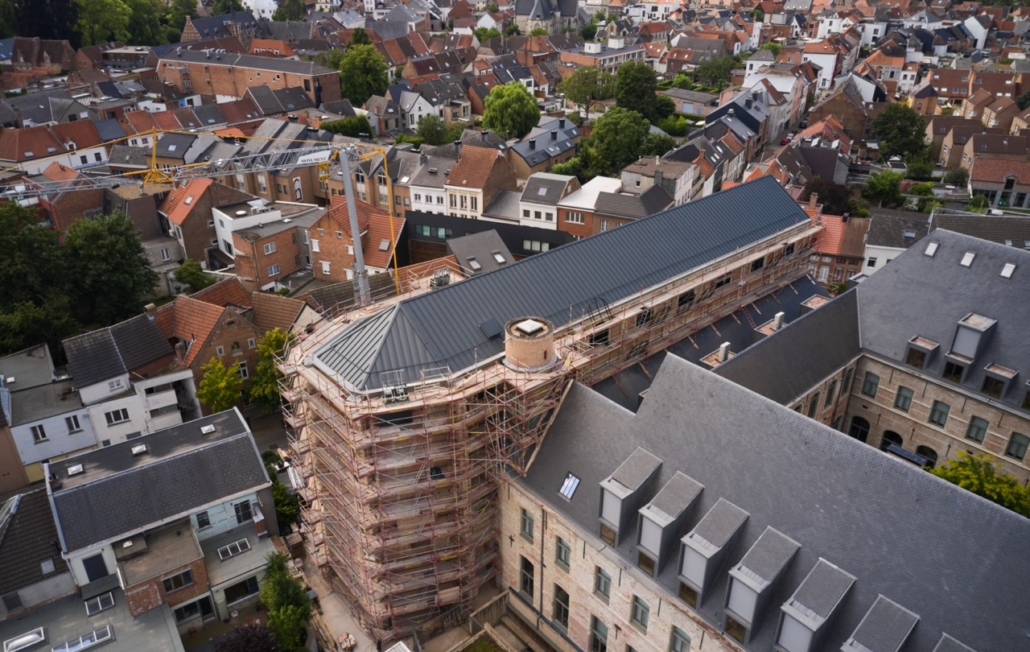 A major challenge in the renovation and modernisation of historic buildings is preserving the historic building structures and fulfilling monument protection requirements. The church was in a desolate condition. Damage to the façade and roofing allowed water to penetrate, making the building unstable. In order to meet the requirements for the preservation of historical monuments, a metal standing seam roofing was applied, which makes it possible to install a photovoltaic system in a modular way without detracting from the visual impact of the historical building. The roof-integrated AluPlusSolar system from KALZIP meets and exceeds exactly these requirements, as the very flat solar modules are already glued on at the factory and do not have to be subsequently clamped onto the roof.

The masonry and the façade were cleaned and restored, but for the roofing it was therefore decided to replace it all over. As the sensitive vaults of the church were located directly under the roof truss construction, the roof truss was first reinforced with new wooden beams and insulated so that the building was protected from rain during the construction work. After skilled craftsmen had removed the old roof except for the still intact, metal roof truss, the system-related composite clips were first installed on the roof and a mineral insulation layer was applied to insulate the building sustainably.

In the final step, the profiled panels were laid, which were mounted on the south-facing roof surface by the installers with the pre-installed standing seam profiles of the solar modules. 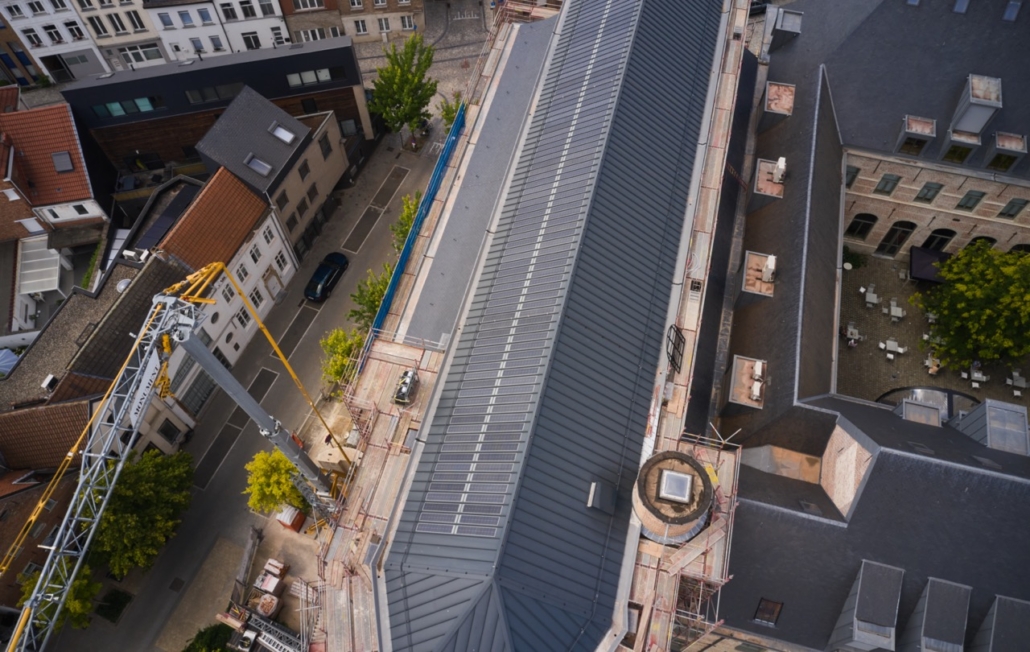 The installed AluPlusSolar profiled panels are coated with AluPlusZinc Dark so that they blend inconspicuously into the overall appearance of the 500m2 roof area. A total of 180 highly efficient solar modules were installed on an area of 160m2, which provide an output of approximately 21.6kWp. As the Kalzip 50/444 profile used for the modules is connected on the back, a high level of weather protection is guaranteed throughout the year, an important point for historical renovation projects.

The aluminium profile is also significantly lighter than other roof coverings, which makes handling and processing much easier. The new robe is thus not only sustainable, almost maintenance-free and efficient – it also ensures that the old Predikherenklooster will remain a silent witness to time for us and future generations for a long time to come. 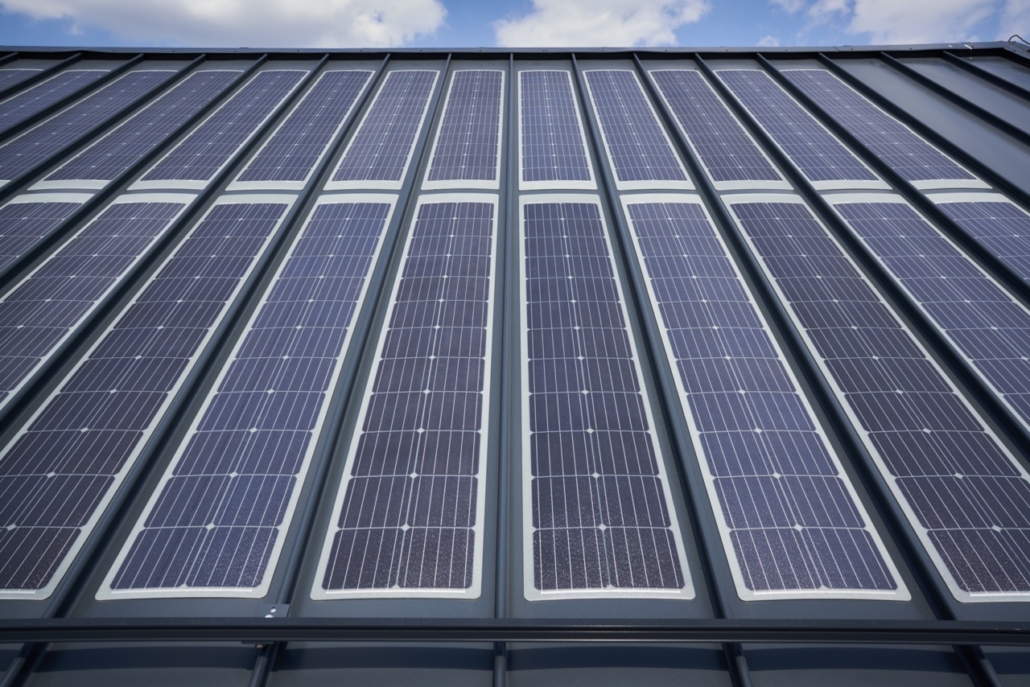 You inspire we deliver. KALZIP.