A modern landmark in the Arctic.

Greenland’s capital Nuuk is special in every way.
With only 17,000 inhabitants, it is a rather small capital city, but nevertheless it is rapidly developing towards a major international city. The city is located on the southwest coast of the country, in front of the spectacular panorama of Sermitsiaq, a 1250m high mountain with three peaks jutting out. These three peaks played an important role in the planning of the new school and education center, as they were the basis of the architectural design of this extraordinary project. As with all Kalzip construction projects, the focus is not only on long-term sustainability and economic efficiency, but also on combining modern design with existing urban and building structures and integrating them into the surrounding landscape.

Greenland’s climate conditions combine just about every challenge imaginable in the design and construction of an educational complex of this size. It’s a good thing that with the Copenhagen-based architectural firm KHR, a partner was found who is very familiar with the special design rules in these Arctic climes. Not only sudden, high amounts of snow, but also temperatures far below freezing and extreme wind speeds had to be included in the planning.

An important component of Arctic architecture is the roof. The unusual, sculptural geometry of the roof shape causes the building to form a symbiosis with the surroundings on the one hand, and on the other hand, the snow does not remain on the sloping skylights. This allows the little daylight to be used maximally efficiently, without glare, regardless of the position of the sun. 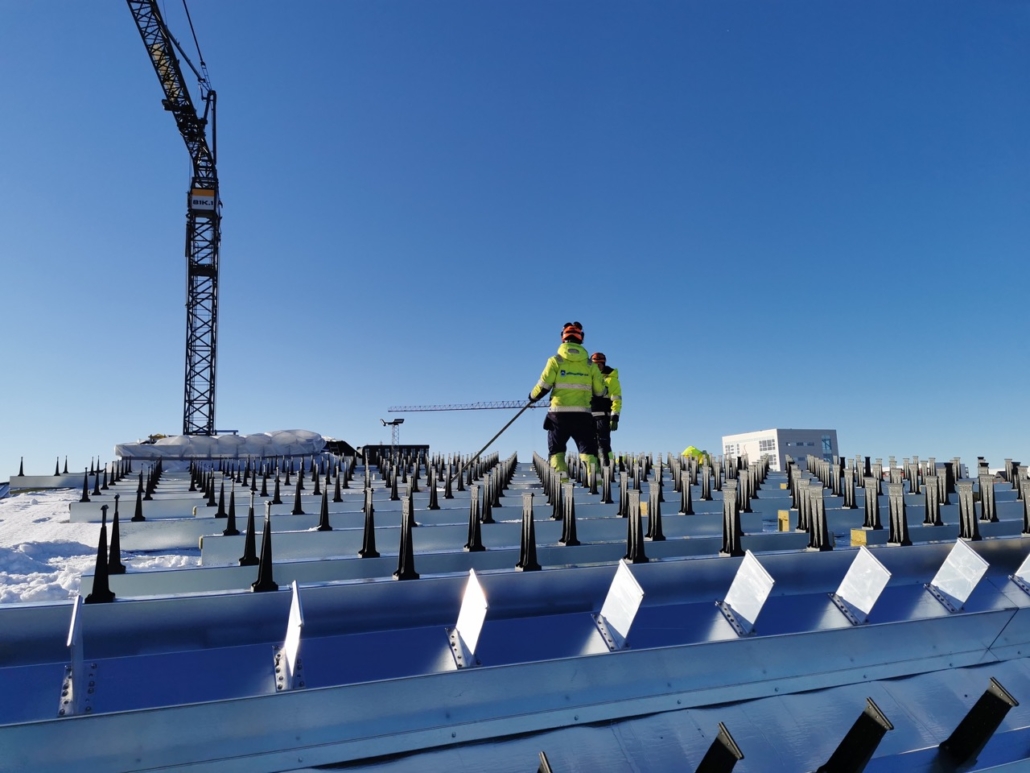 The aluminum profiled sheets used by Kalzip not only exceed the requirements in terms of stability, weather resistance and insulating properties, but the easy-to-install lightweight construction also bridges large spans and is therefore ideally suited for use in these climatic conditions. Standing seam elements made of aluminum were produced on site, which allow for a penetration-free roof cladding, thus eliminating weak points caused by fasteners and guaranteeing an optimal insulation value at any time of the year. The industrially prefabricated aluminum roof system was able to convince with short construction times, so that the short Arctic summer could be used efficiently and the first roofs of the building ensemble were quickly installed.

Education, culture, sports and community – One concept under several roofs.

In total, this project includes six one- to four-story buildings staggered on the elongated building site. There are additional entrances and exits on all sides of the buildings in case extreme wind speeds prevent the doors from opening. The square and rectangular components allowed to create many additional useful and open spaces around the ensemble, which can be used for sun, play, shelter and stay by all generations. 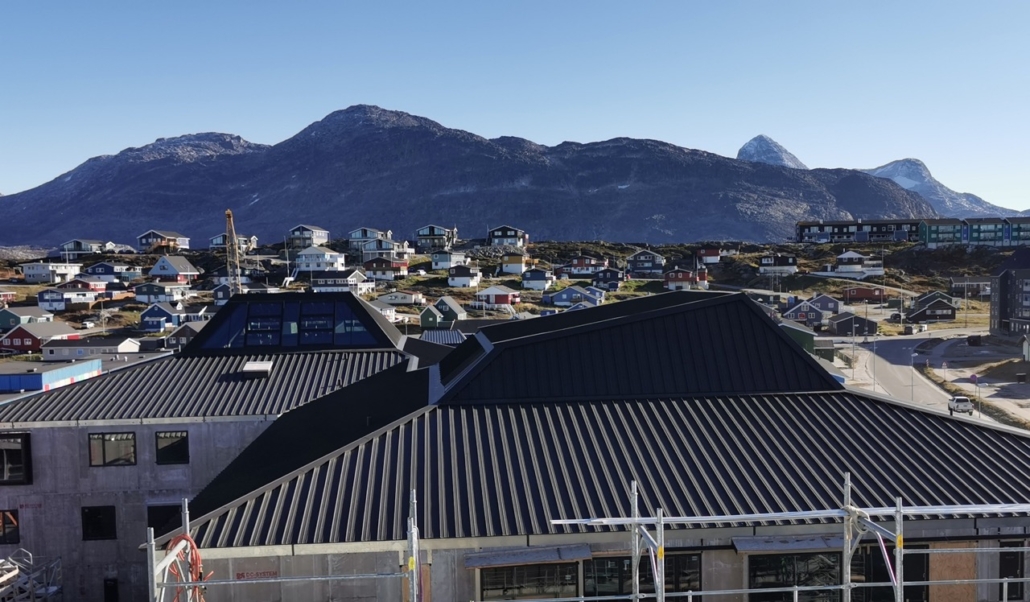 The passageways between the buildings connect the separate school and daycare buildings to each other and to the cafeteria. Especially in the cold months of great importance, because the spacious catering and canteen area can be expanded or reduced modularly, so that it can also be used by clubs and for public events outside the school operation. The architecture combined with the materials used and the know-how of Kalzip make the Atuarfik Nasasuaq – School a modern, timeless and sustainable landmark of the city, providing not only space for education, but also space for people and bringing the connectedness and well-being of the population to the forefront. 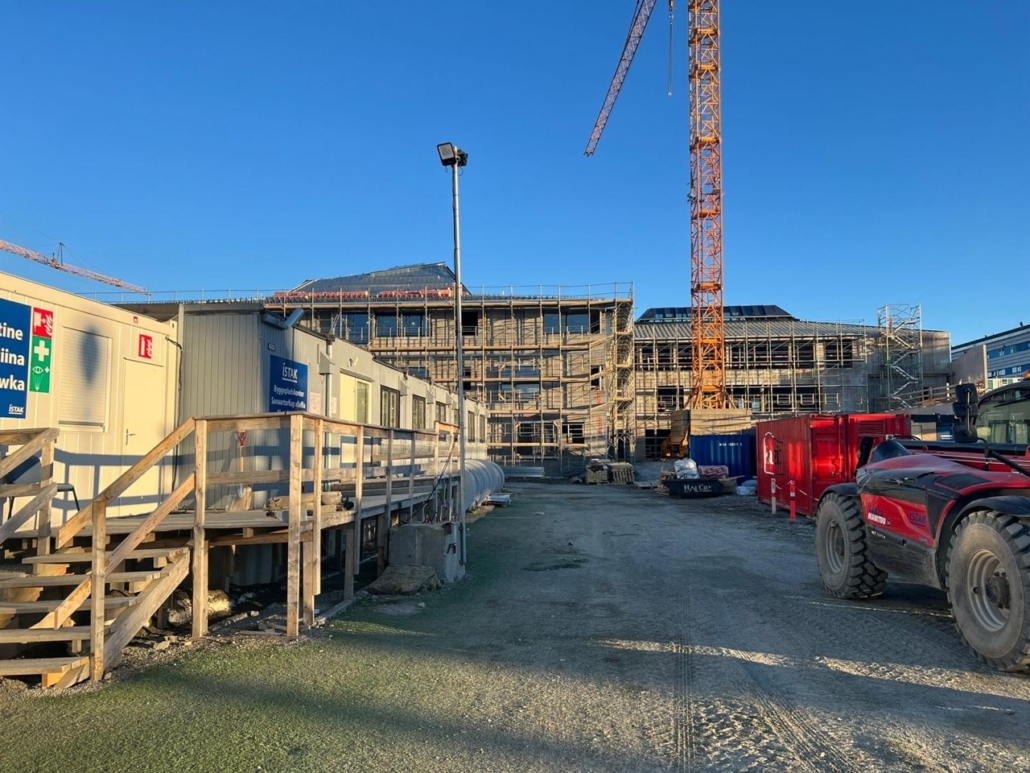 Tried and tested roof cladding with Kalzip
Scroll to top